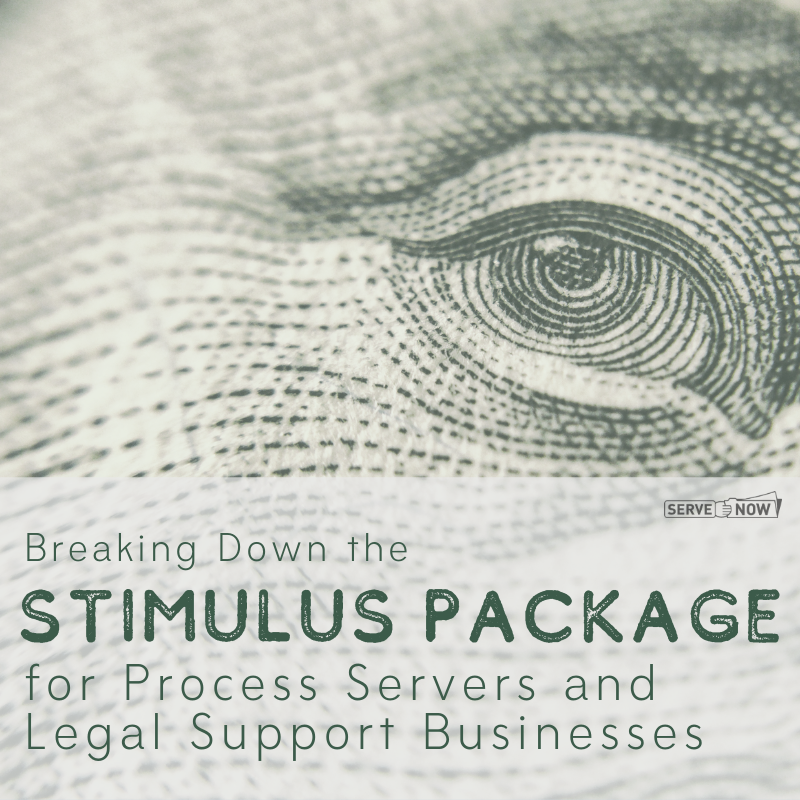 Today, the Federal Government has agreed to a 2,000,000,000,000 (2 trillion!) stimulus package to keep our economy running during the pandemic. That’s a lot of zeros and it’s an unprecedented boost for small businesses during a time of economic crisis.

Here are the basics of what’s included in this stimulus package:

Here’s what is being said about how this cash injection will benefit small business owners, their employees, and independent contractors.

The bill allocates more than $350 billion to aid small businesses across the nation. It also provides an incentive to keep on employees via loans so you can continue to meet your payroll and overhead commitments.

For the first time, independent contractors, including those within the gig economy, will be covered by unemployment. This is great news for contract process servers, which make up a large majority of our industry.

Here are the breakdowns of the stimulus checks for “Average Americans” based on your 2019 tax returns. If you haven’t filed your 2019 returns, 2018 will be used.