Tensions and civil unrest across the United States have heightened strong opinions on the gun control debate, with many urging for more restrictions on firearms while others demand Second Amendment rights not be infringed upon by private companies. The conversation on gun control has made its way to the forefront of the civil process industry with some legal services companies recently enacting policy changes with regard to firearms. This shift prompts questions as to whether this will become the status quo in the civil process serving industry and whether it infringes upon the Second Amendment or independent contractor laws.

In a recent email, one leading process serving company detailed what their new firearm policy will look like. Their particular policy prohibits the carrying of firearms by its process servers while on serves. While servers can still carry mace, tasers, or other non-lethal weapons, the company encourages process servers to practice de-escalation techniques and advised them to leave confrontational situations.

This company is not alone in its open carry prohibition and it is also not the first to institute such a policy. A similar company’s Code of Conduct states that “Vendors are not permitted to open carry weapons of any kind while rendering service. Some clients may prohibit carrying of firearms in its entirety, that will be notated on the Field Sheet.”

Purpose of the policies

According to the companies putting them in place, these policies aim at improving safety and reducing altercations where escalation is possible. While they acknowledge that many of their servers carry while on the job, their ultimate goal is to serve their customers who have expressed that, in order to continue conducting business with these companies, process servers cannot carry guns.

Do these policies infringe upon the Second Amendment?

As these policies have taken effect, many process servers have sounded off on social media. Several servers reasserted their beliefs that such policies would be a violation of their Second Amendment right to bear arms, and many others simply expressed their generalized displeasure at the policies.

The Bill of Rights contains the first ten amendments of the United States Constitution, spelling out civil rights and liberties that citizens are guaranteed. The Second Amendment states: “A well regulated Militia, being necessary to the security of a free State, the right of the people to keep and bear Arms, shall not be infringed.”

While to some this would at first appear to be a violation, it is important to recall that the Bill of Rights are rights and protections from the government — not private companies. With regard to the Second Amendment, whether the right to bear arms is explicit to militias or to an individual (“the right of the people”) or both simultaneously appears to be up for debate.

For decades, this very topic has been deliberated, written about, and served as a point of contention between and among pundits, the American people, the NRA, the legal system, and now, private companies. Depending who is asked, the interpretation of the Second Amendment will be wildly different, and in many cases, those interpretations are steadfast, intensely personal, and patriotic beliefs. 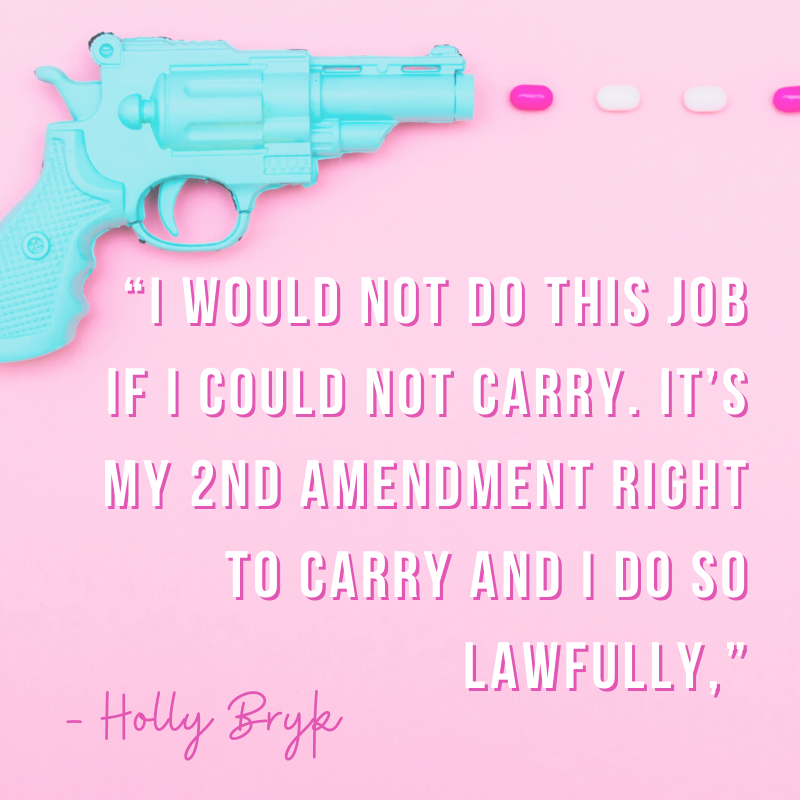 Ultimately, though this may not explicitly violate the Second Amendment, it certainly has rubbed many process servers the wrong way.

Former police officer and process server Holly Bryk asserted that “I would not do this job if I could not carry. It’s my Second Amendment right to carry and I do so lawfully,” further adding that “any company that prohibits me can remove me.” Process Server Richard Shanken stated that his employer actually requires that he carry, which was “one reason why I work there.”

If not the Second Amendment, independent contractor laws?

Process Servers Tracy Strickland and Sherri Lynn Wise affirmed on social media that this policy would violate independent contractor status. Wise explained, “Having rules and guidelines to follow would make you a statutory employee.”

Server Scott Cullen also echoed this sentiment, “If you are a contracted individual, they cannot make rules for you or then you are considered an employee.”

Many others chimed in that as independent contractors, they would do as they pleased, with some stating they would continue to carry despite the policy.

The website continued, explaining that “You are not an independent contractor if you perform services that can be controlled by an employer (what will be done and how it will be done). This applies even if you are given freedom of action. What matters is that the employer has the legal right to control the details of how the services are performed. If an employer-employee relationship exists (regardless of what the relationship is called), you are not an independent contractor and your earnings are generally not subject to Self-Employment Tax.”

Despite this policy seemingly flying in the face of IRS regulations, Process Server Joy Cvhocefkvtos brought up a valid point that “if the 1099 self-employed contractor doesn’t agree to their terms, then the chances are the contractor won’t be [employed] unless both parties negotiate the terms.”

Ultimately, many in the civil process serving community have expressed outrage over these policies and the potential impact on the industry as a whole, while others did not seem to mind, offering that they were not forced to work for companies that held those policies and that de-escalation techniques were far more valuable.

Process Server Anthony Dunne stated that “They can make any policy they want, and if you do not like it, well, go elsewhere.” Dunne also advised that “common sense and de-escalation” have always worked well to the point that he’s never even had to use pepper spray. 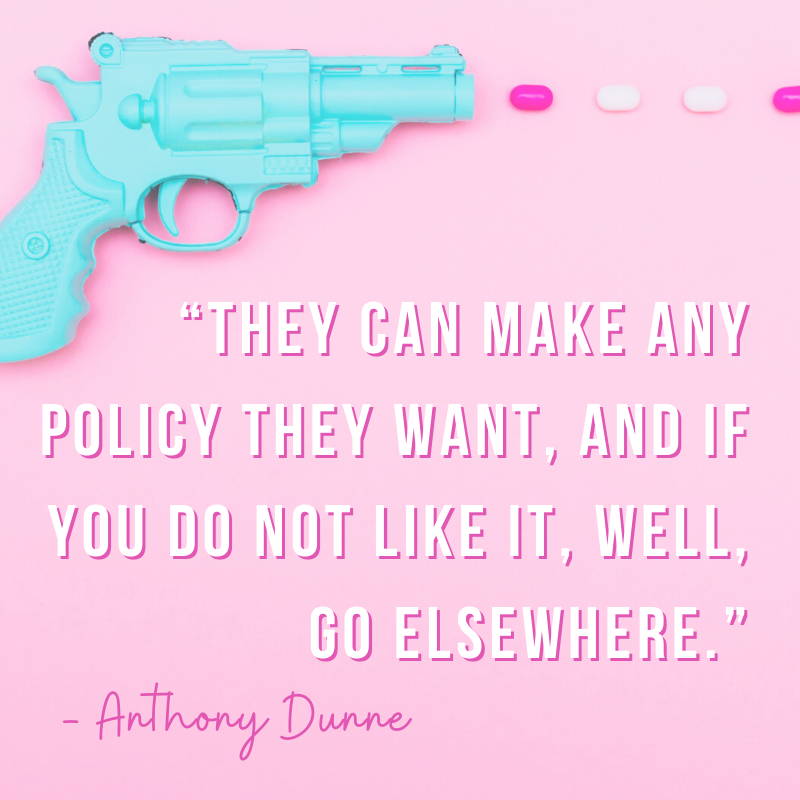 It is unknown whether these policies will become an industry standard. But one thing is for sure — gun control measures are being challenged across the United States. In fact, as of June 2020, Firearms News Magazine reported ten unique cases all relating to the Second Amendment were on the agenda awaiting a determination on whether the United States Supreme Court justices would hear any of the cases. Although those cases were all subsequently denied hearings, the number of cases on the agenda speaks volumes about how Second Amendment interpretations appear to be multiplying.

And with all of that said, no one seems to be writing policies on sword carrying. We’ll keep you posted if they do, as at least one server advised, that may be his protective weapon of choice in light of the gun prohibition.

What is your opinion on carrying firearms for protection while serving process? Share your experience by joining our groups on LinkedIn and Facebook or contact us.